In evergreen conifers, where the foliage amount changes little with season, accurate detection of the underlying “photosynthetic phenology” from satellite remote sensing has been difficult, causing errors in terrestrial photosynthetic carbon uptake models. This represents a challenge for global models of ecosystem carbon uptake.

END_OF_DOCUMENT_TOKEN_TO_BE_REPLACED 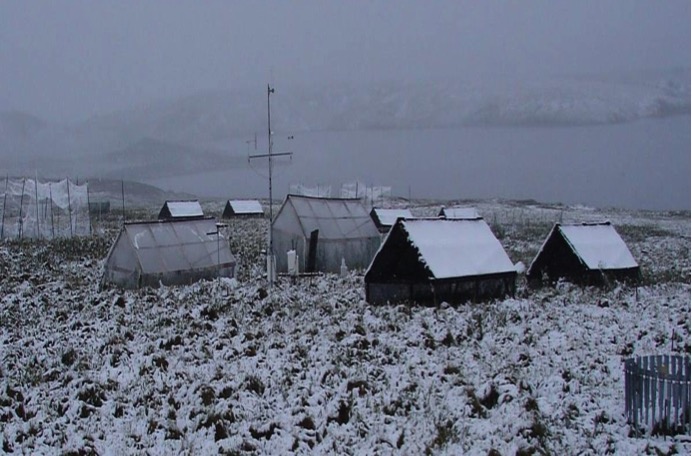 WOODS HOLE, Mass. — While scientists and policy experts debate the impacts of global warming, the Earth’s soil is releasing roughly nine times more carbon dioxide to the atmosphere than all human activities combined. This huge carbon flux from soil, which is due to the natural respiration of soil microbes and plant roots, begs one of the central questions in climate change science. As the global climate warms, will soil respiration rates increase, adding even more carbon dioxide to the atmosphere and accelerating climate change?

Previous experimental studies of this question have not produced a consensus, prompting Marine Biological Laboratory scientists Joanna Carey, Jianwu Tang and colleagues to synthesize the data from 27 studies across nine biomes, from the desert to the Arctic. Their analysis is published this week in Proceedings of the National Academy of Sciences. This represents the world’s largest dataset to date of soil respiration response to experimental warming.

END_OF_DOCUMENT_TOKEN_TO_BE_REPLACED

Video of the award ceremony 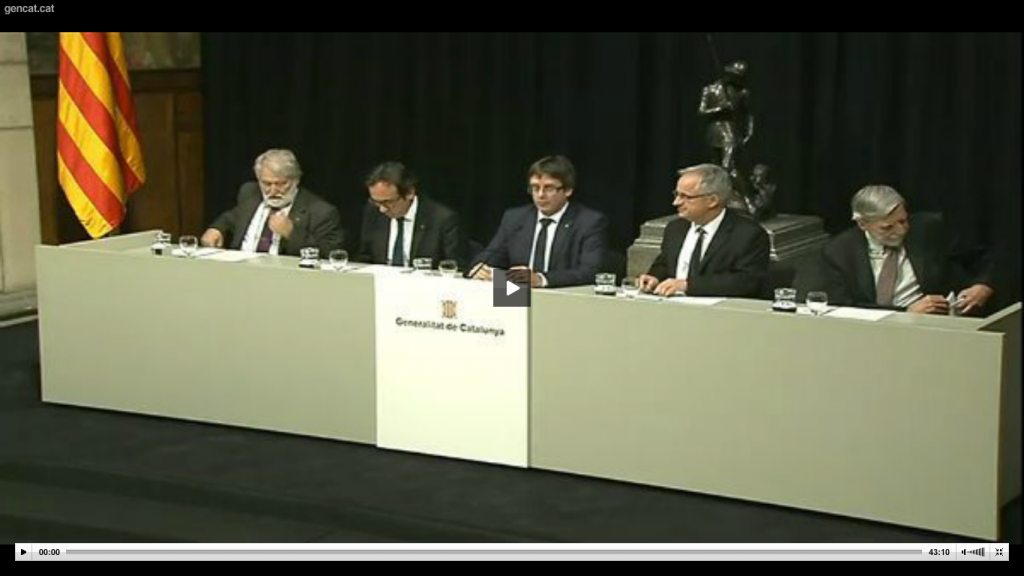 Video of the Forum

The President of the Catalan Government, Carles Puigdemont, awarded the 2016 Ramon Margalef Prize in Ecology to Professor Josep Peñuelas. The event was held on 8 November 2016, at the Palau de la Generalitat, and included the attendance of the Minister of Territory and Sustainability, Josep Rull, and Professor Emeritus of the University of Barcelona and researcher at the Ecological and Forestry Applications Research Centre (CREAF), Jaume Terrades.

The Government of Catalonia created the Ramon Margalef Prize in 2004 to recognise scientist from around the world who have distinguished themselves in the field of ecological science. The award is also a tribute to the memory of Professor Margalef (Barcelona, 1919-2004), who conducted leading scientific and academic work in the field of modern ecology and was considered one of its greatest exponents in the world. 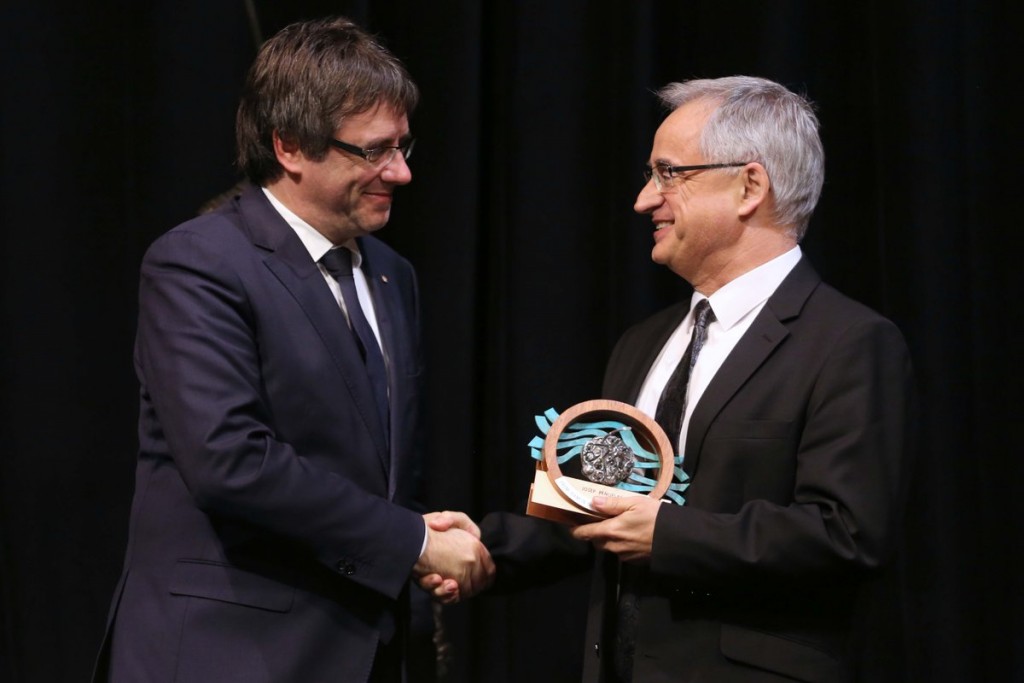 Figueres Town Hall has named Josep peñuelas an adoptive son at a ceremony held on 23 October 2016.

On the occasion of the Ramón Margalef Prize to Josep Peñuelas, the Faculty of Biology and the University of Barcelona organise a scientific forum, next Monday, November 7 (at the Aula Magna in the Biology Faculty of the UB, at 10:00h).

Video of the Forum 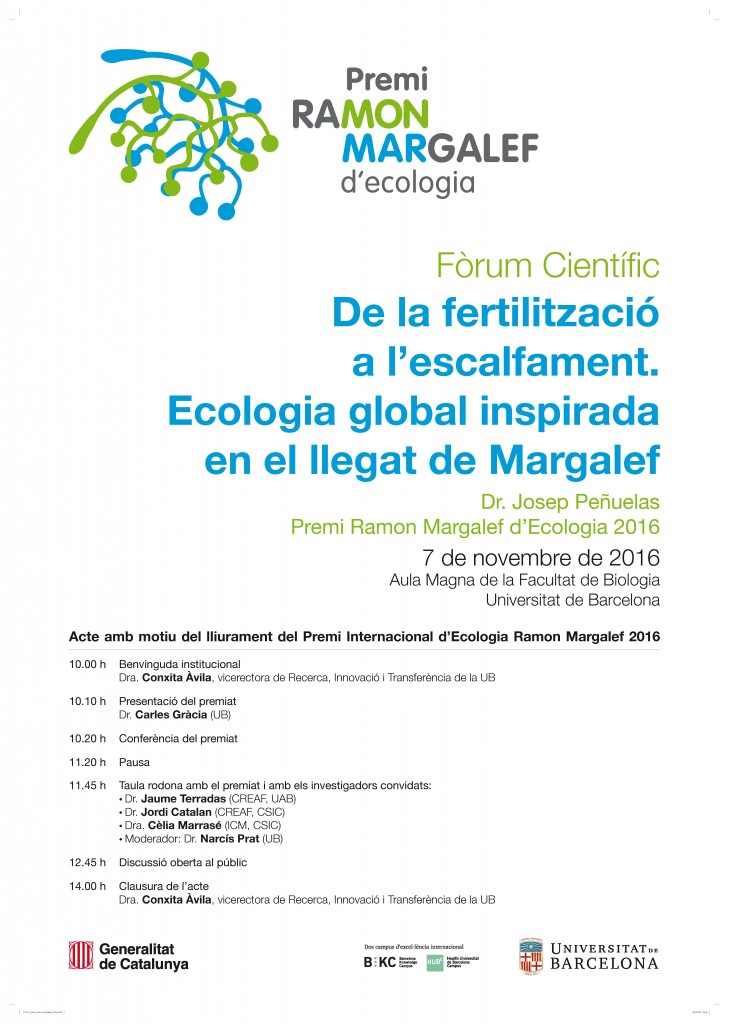 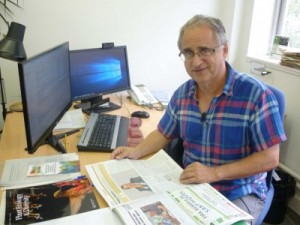